> The Scattered Flock
Are you an Amazon customer? Pay now with address and payment details stored in your Amazon account. 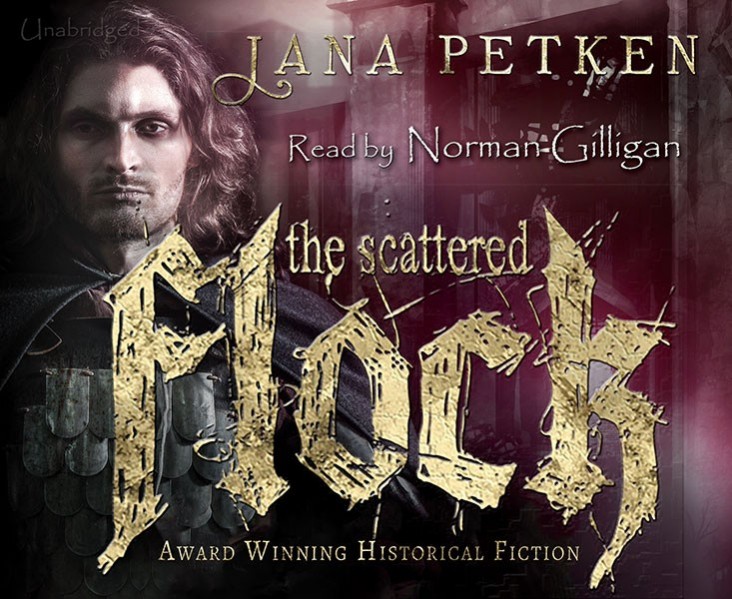 The Scattered Flock: Book 2 of the Errant Flock Trilogy, by Jana Petken. Read by Norman Gilligan. Jana Petken presents The Scattered Flock, a suspenseful, compelling sequel to the multi award winning, The Errant Flock. David Sanz’s journey south is halted abruptly after a devastating turn of events. In a tense battle for survival against thieves and the militia he has been fleeing from, he finds himself shackled and incarcerated in the prison he once guarded. The Duke of Sagrat’s brother, Rafael Perato, has survived the war, and the royal court’s treacherous intrigues, but when news of his brother’s death reaches their Most Catholic Majesties his life is thrown into turmoil. Banished by the king, and tasked with carrying out insurmountable missions, he becomes entangled in a web of deadly plots and subterfuge, which threaten not only Sagrat but his very life. In this fast paced epic, David Sanz and Rafael Perato face adversaries more devious and powerful than themselves, and it is only faith, courage, and unlikely alliances, that may save them both from the Inquisitor and the deadly marauder, Alejandro.