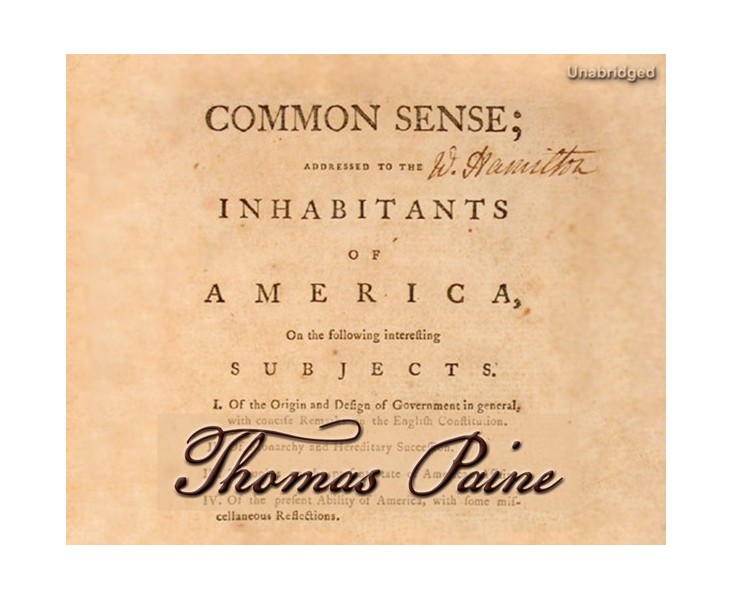 Thomas Paine’s Common Sense stands as the most widely read and most influential document written during the crucial years of 1775 - 1776. When Paine wrote that "we have it in our power to begin the world over again," he both captured the imaginations of colonists who yearned for unfettered freedom and sensed that the American Revolution could be an event of transcendent historical importance.  George Washington was so impressed by Paine's words that it persuaded him to stop supporting the King of England, and some allege that Common Sense inspired Thomas Jefferson, as he wrote the Declaration of Independence.