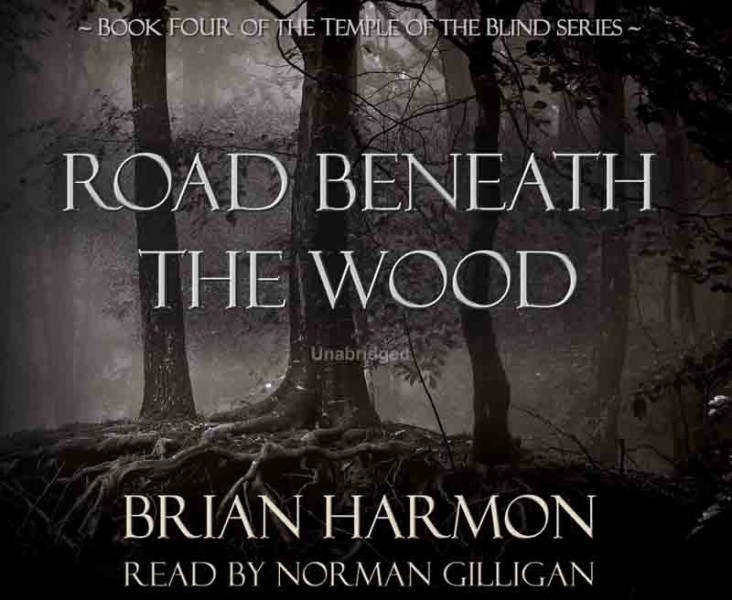 Road Beneath the Wood, by Brian Harmon. Read by Norman Gilligan. Book four of the Temple of the Blind series.

“The things in this tunnel are imaginary as long as you don’t prove them otherwise…” This was the warning of the Sentinel Queen. But can Wayne really ignore these “imaginary” things to save his own life?  Separated from the companions he had grown to trust, Wayne stands alone as he prepares to take his first steps on a journey through a terrifying, personal hell. The dark and ancient tunnel that lies before him will test his courage to its very limits and force him to face the greatest fears he has ever known—and the past he seeks to flee. And even if he is strong enough to endure this torturous passage, does he have what it takes to survive what lies beyond?  The things that lurk in the Wood are not imaginary. It is a place of immeasurable darkness and despair, a place where death is eternal, but never final.  Book four of the Temple of the Blind series.