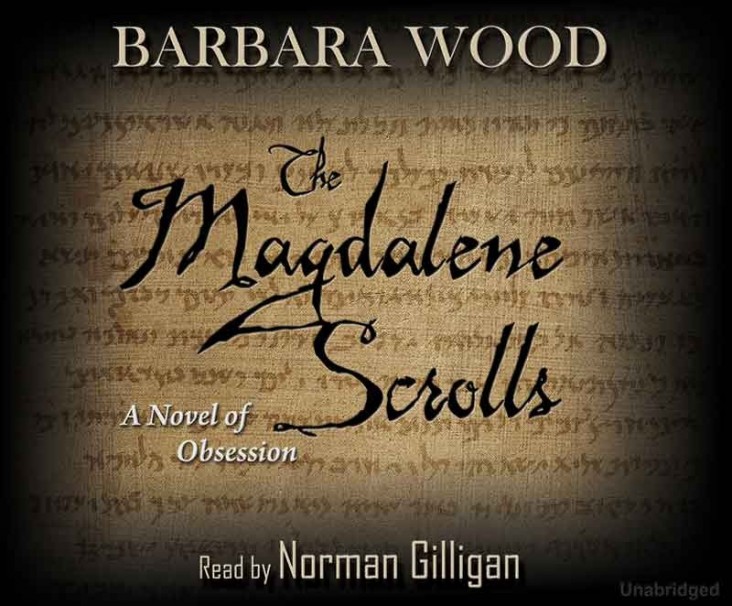 The Magdalene Scrolls, by Barbara Wood. Narrated by Norman Gilligan.

When the first of the Magdalene Scrolls arrives, Professor Ben Messer is puzzled, intrigued, excited. What scholar of ancient languages wouldn’t be, when he held in his hands something even more astonishing than the Dead Sea Scrolls—a scroll just discovered to contain the life story and last confession of a man who had lived in Jerusalem just after the death of Christ. By the time the second scroll arrives, Ben’s interest has begun to be more than professional. For it seems that David, the writer of the ancient scrolls, is in many ways very like Ben—and he seems to be speaking directly to Ben, across nearly 2,000 years of history. Before long, the terrifying transformation has begun, and there can be no turning back. What do the words of a Jew who lived 2,000 years ago have to do with today, and with Ben Messer, a man who had forsaken his Jewish identity years ago—or thought he had. And why does David’s life suddenly seem so much more real—and powerful—than Ben’s own? Why does Ben suddenly shut himself off from the beautiful woman he intends to marry and become involved with Judy Golden, a very different kind of woman? And what will happen if Ben surrenders completely to the power of the scrolls? Combining elements of the supernatural, history, and religion, Barbara Wood has fashioned a breath-takingly suspenseful story of one man’s confrontation with himself.