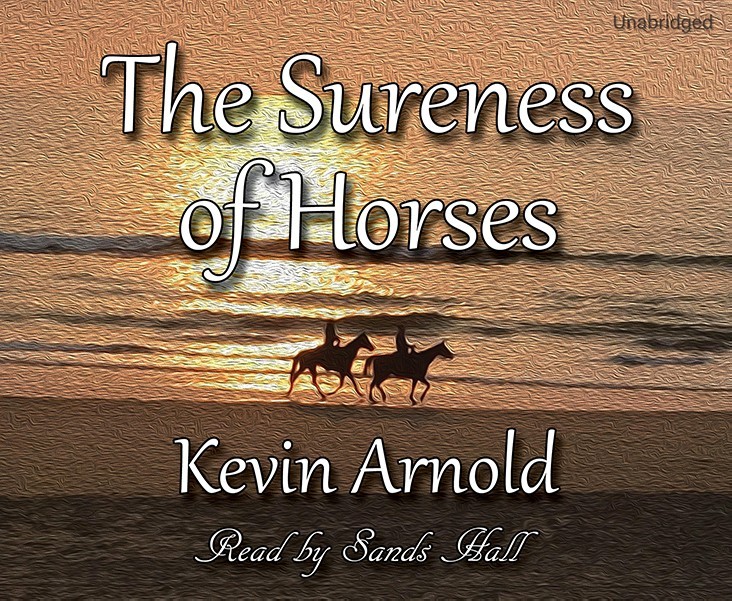 The Sureness of Horses

The Sureness of Horses, by Kevin Arnold. Read by Sands Halll, with music by Daniel Pasternak and James Zeigler.

When divorced Wade Middleton meets wealthy Diana Buchanan, a beautiful horsewoman who relocates to Palo Alto, California, from Texas, he is introduced to the world of horses and the fox-hunt, and a whirlwind romance spins out of control.  Problems arise in the relationship when Diana can't let go of her high-horse lifestyle, nor entirely separate from her powerful husband. Wade's love of poetry isn't exactly embraced by Diana, either, and they are worlds apart. Yet for some reason, the two are saddled by an attraction to each other neither understands.  Add to this Wade’s unwillingness to help his friend Jorge when he needs it most, and the guilt that ensues from his having the hots for his friend's wife, a desire he admirably suppresses to an extent. Wade has his own demons to wrestle down, but he is unprepared for the troubles to come.

The Sureness of Horses