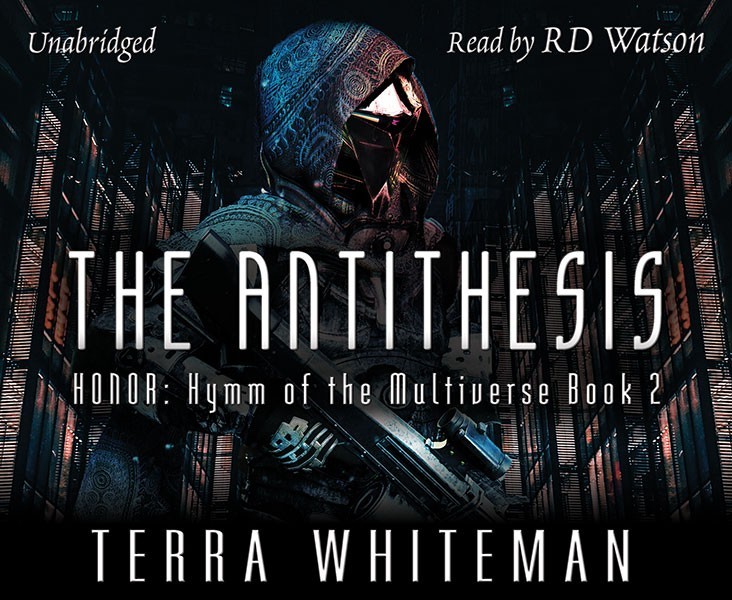 The Antithesis: Honor, Book 2 of the Hymn of the Multiverse Series. By Terra Whiteman. Read by RD Watson.

Qaira Eltruan leads the fearsome Sanctum Enforcers, a specialized military sect designed to eradicate angel terrorists. Oldest son of the Nehelian Regent, he has large shoes to fill. But Qaira's father and his people don't know the sordid deeds it takes to keep the angels from invading.  He has blood on his hands; so much that it has stained his skin forever.  As the Regent slips into early-onset dementia, Qaira is forced to take the throne. He's never been a leader, always a soldier, and the war against the angels is getting fiercer every year. The enemy is taking apart their city, piece by piece, all the while his people rot from perpetual-war poverty and malay addiction.  The Regent's appointed council contracts an otherworldly Scholar to oversee and advise Qaira's rise to power. If Qaira can find a way to put up with her attitude, this Scholar has knowledge, secrets, that can serve to sway the battle in their favor. But Scholar Leid Koseling has secrets of her own.  Secrets that may kill them all.