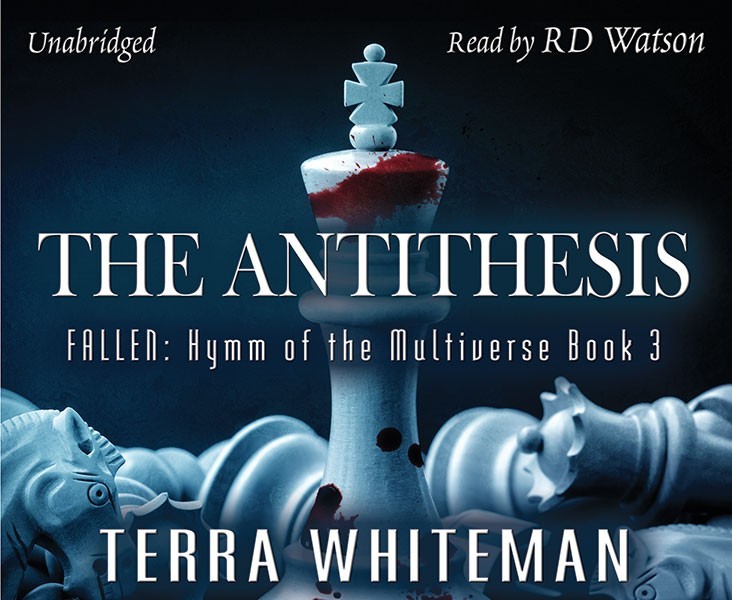 The Antithesis: Fallen, book 3 of the Hymn of the Multiverse Series, by Terra Whiteman. Read by RD Watson. With music by Justin Crosby.

Sanctum is lost. The angels have won. Regent Qaira Eltruan is cornered. Surrender or stand to lose everything--everything being Advisor Leid Koseling and his sanity. As his people await news of their fate, the Court of Enigmus circles Sanctum, ready to deal swift punishment for Leid's contract breach. All fronts look bleak, and now there's much more at stake than Qaira's world. Except Qaira isn't willing to hand Leid over, nor is surrender part of his vocabulary.