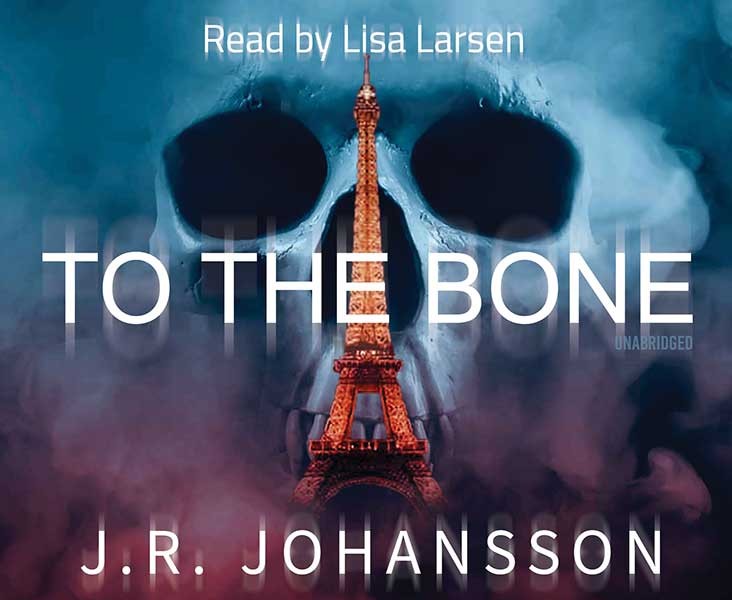 To the Bone, by J.R. Johansson. Read by Lisa Larsen.

Seventeen-year-old Harley Martin has been obsessed with Paris for years. Between her passion for studying architecture and wanting to spend time with her cousin, Gretchen, there's nowhere on Earth that she'd rather go. So when Harley's parents feel guilty enough about their constant fighting to offer to send Harley to visit her cousin, Gretchen, she doesn't hesitate. But Gretchen and Harley have both changed in the years they've been apart. In an effort to rekindle their friendship, Harley agrees to Gretchen's suggested activity, even though it's outside her comfort zone: a tour with Gretchen and her friends through the off-limits section of the Paris Catacombs. Miles and miles of tunnels deep under the city, filled with the remains of more than six million people. When a cave-in kills their guide and leaves the group injured, terrified, and lost with limited supplies, they must search for a way out from the endless maze beneath the city of light. But surrounded by shadows, it's hard to tell friends from enemies. Harley doesn't know if she can trust anyone, including her own cousin. If they ever want to get back to the surface, they'll have to fight for everything they hold dear--for their sanity, their humanity, their very lives--in a place that only embraces death.