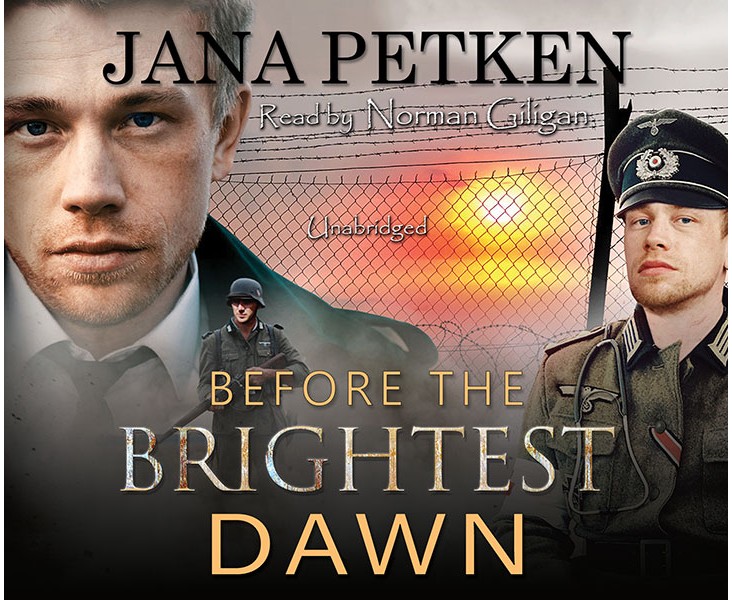 Before the Brightest Dawn

Before the Brightest Dawn, by Jana Petken. Read by Norman Gilligan.

Jana Petken’s extraordinary historical epic, The German Half-Bloods Trilogy, reaches its sweeping, heart-wrenching conclusion.  In The German Half-Bloods and The Vogels, Jana Petken followed the turbulent lives of an Anglo-German family as they forged their paths through the Second World War. Now, the conflict intensifies in the Soviet States, North Africa, France, and the growing resistance movement in Poland.  Will Max, Paul, and Wilmot Vogel survive the most ruthless phase of the war to date?  Max takes a path to momentous events in North Africa where he balances undercover games of espionage in decadent Cairo with dangerous missions behind the German Afrika Korps’ lines.  Paul’s loyalty to the Third Reich continues to wane as Germany’s extermination programmes in Poland expand, and he is stalked by the new Kriminalinspektor, Manfred Krüger. Can he stay one step ahead of a man who has been ordered to destroy him?  Wilmot faces new challenges in the Afrika Korps, but is he mentally and physically prepared to lead his men into Libya’s fiery desert and against the British 8th Army?

Before the Brightest Dawn

The Half-Bloods Trilogy is by far the best historical fiction I've ever listened to. It takes place during WW2 and isn't just about the war itself, but the human experience of war. It revolves around the Vogel family. The father is German and the mother is English. The loyalty of each family member is questioned because of this and eventually they are on both sides of the war. Although this is fiction, there are many truths in this story, This series will have you experience a wide range of emotions, both good and bad. War is ugly, but there are still beautiful moments in between. I can't recommend this book and this series enough! I will most definitely be checking out more books by Jana Petken! Excellent narration by Norman Gilligan!