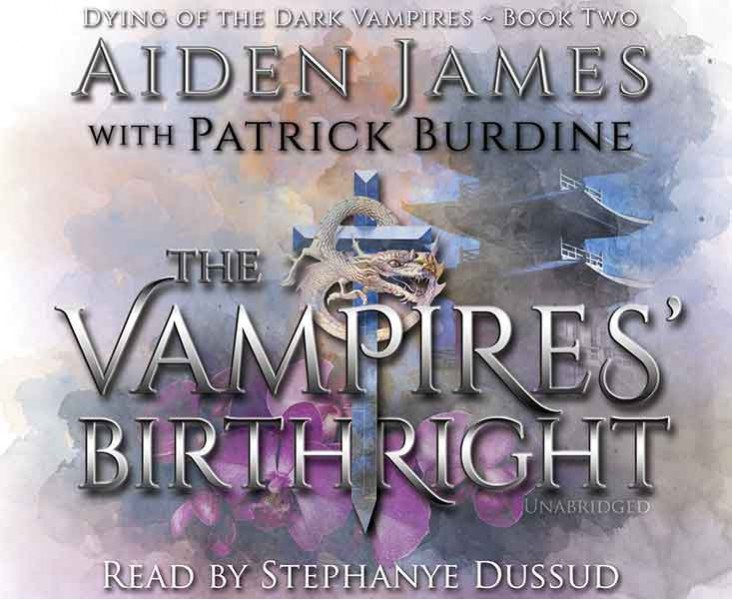 The Vampires' Birthright - Dying of the Dark Vampires Book 2, by Aiden James with Patrick Burdine. Narrated by Stephanye Dussud.

A birthright. It should be something no one can ever take away. But that’s not how it works in the world of vampires, especially when the birthright involves a unique type of blood necessary for an elitist vampire society to remain young and beautiful. Welcome to the continued misadventure of Txema Ybarra. The earth’s most privileged undead believe they deserve a stake in Txema’s blood, and there is power and prestige for whoever controls her ancient bloodline. However, the vampire demon, Ralu Izcacus, and his burgeoning Chupacabra army crave the same lofty status. Unlike his brother, King Gustav Domnul-delael (ruler of the elite European vampires) Ralu desires the death of Txema, and with it, the end of Gustav’s two-thousand-year reign. As this teenage mother-to-be fights for survival for her and her unborn daughter, the journey to elude Ralu and traitor vampires among Gustav’s civilized allies takes Txema across the globe to find a lasting sanctuary. But, in the end, can a noble few overcome a far-reaching conspiracy to overthrow Gustav’s fragile kingdom? It all depends on Txema’s survival, as she fights to prove she and her child-to-be are worthy recipients of The Vampires’ Birthright.