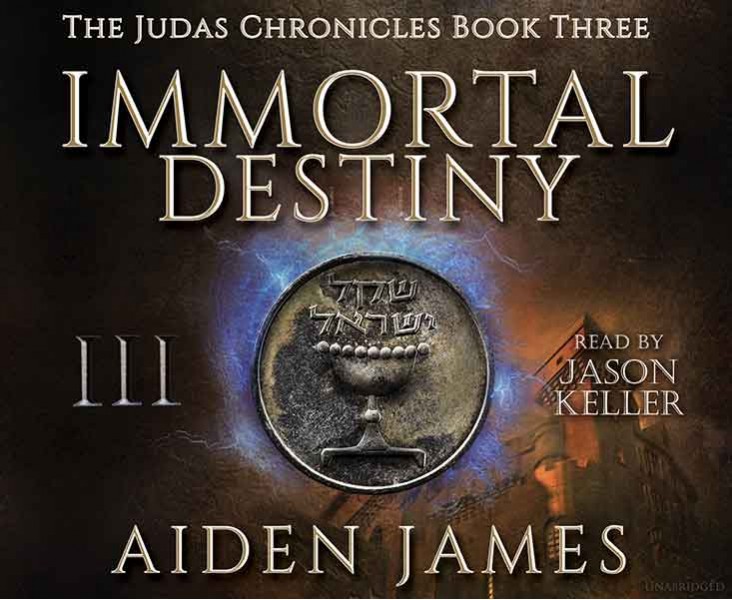 Immortal Destiny, Book 3 of the Judas Chronicles series. By Aiden James and read by Jason Keller.

In this third installment of The Judas Chronicles, William Barrow (AKA Judas Iscariot) is faced with recovering the silver coin he dreads above all others. Known as the “Singing Coin” among the ancients, this shekel was initially lost long ago…on the very night of Jesus Christ’s arrest in Jerusalem. Hoping to save it for last, until after the other twenty-nine coins are recovered, Viktor Kaslow’s recent designs for the coin thwart William’s plan. A new murder spree has begun for the ruthless Kaslow, who races against William and the immortal Roderick Cooley to obtain the coin from a reclusive Essene sect residing in the Bolivian Andes. But unlike William and Kaslow’s previous confrontations, this one involves many more outside interests since this coin contains unusual properties. If it falls into the wrong hands, the entire world will be brought to its trembling knees. The stakes have never been higher for William, his family, and the welfare of mankind. To stop Kaslow, William must rely on the help of Roderick, Alistair, and a host of others—both mortal and immortal—to have any hope of reclaiming blood coin number twenty-four before time runs out.