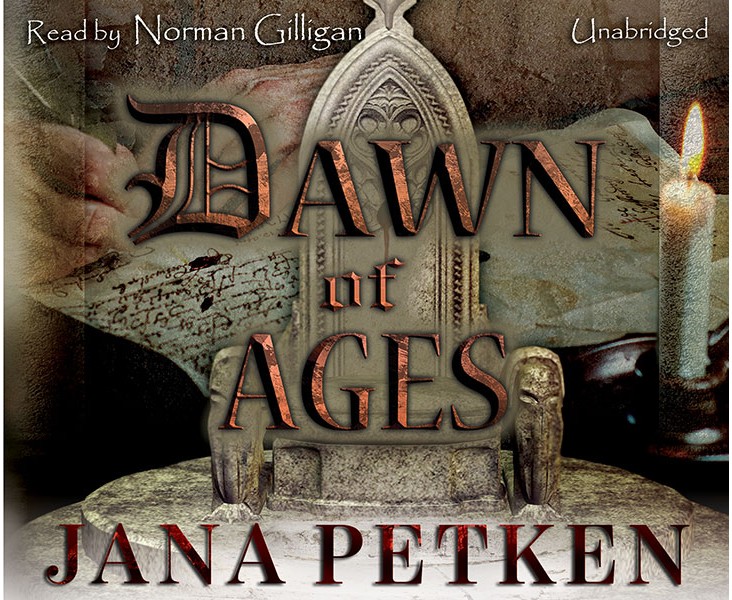 Dawn of Ages, by Jana Petken. Read by Norman Gilligan

As Normandy grows in power and stature, so too does its young duke, William of Normandy. Since childhood, he has been forced to run, hide, and endure the threat of assassination from powerful nobles who seek to overthrow him. After his guardians and tutors are murdered, one after the other, he begins to take revenge on his treacherous family members and their allies and gain control of a divided region.  Can William turn the chaos fomented by his enemies into a victory that will usher in a new era of Norman dominance on the European Continent? Will William’s greatest challenge be on the battlefield or in his fight against the Vatican, which seeks to rob him of his beloved bride, Matilda?  Troy of Lisieux is the illegitimate grandson of a Norman count. When his mother dies, he is left in the care of his Aunt Ermengarde, an icy, aloof woman who ignores his existence, and his Uncle Roland, a man who would rather his nephew did not exist at all. Alone and vulnerable after his grandfather is murdered, Troy begins to search for answers about his nameless father and dead mother. When he finds those answers, however, he realizes everything he thought he knew about his family was a lie, and that his name, and his life, may be stolen from him.  When Troy saves the Duke of Normandy’s life on a stormy winter’s night, their mutual desire for revenge against their enemies forges an unlikely friendship between them.