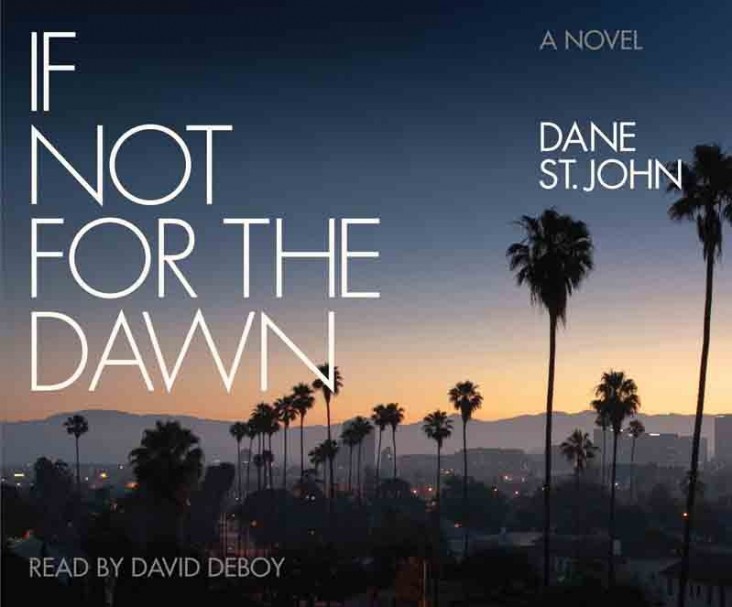 If Not for the Dawn, by Dane St. John. Read by David DeBoy, with music by Kevin MacLeod. Unabridged CD audiobook.

Eight people are on a perilous collision course in a world that never sleeps. Their individual journeys are the culmination of a leading neurosurgeon’s herculean efforts—ten years before—to save his dying wife’s life. His research results in a chance discovery that will later completely alter society when AltaMira Pharmaceuticals releases Vigorex, the most explosive drug in a century, one that manipulates nucleotides in the human mind in a way that allows people to sleep and experience R.E.M. while they're awake.  As the story unfolds, a colorful cast of characters begin to take the drug, which if not taken properly will have hazardous consequences. But each of these people has undergone a deeply traumatic episode in their formative years, which will affect them in differing ways; murder, arson, kidnapping, vigilantism, among other crimes, will characterize their nightly personalities and send them crashing into one another.