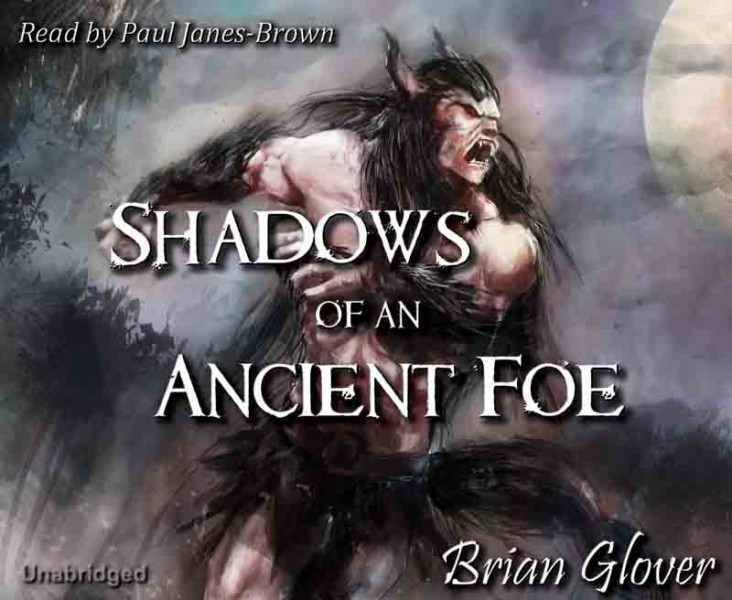 Shadows of an Ancient Foe, by Brian Glover.  Read by Paul Janes-Brown, with music by Kevin MacLeod. Unabridged CD audiobook.

Sinister rumors of an ancient enemy thought to have been eradicated centuries ago fill the talk around the small town of Eder Plank.  In the middle of the night comes a vicious group of beast like shape-changers whose purpose is total annihilation. The only survivor, a teenage boy named Nigel, saved from the jaws of death at the last moment by an elite group of soldiers who seek to escape and warn the rest of the realm of the impending danger.  These events begin a journey to unravel the truth behind the Skragg and their unrelenting hatred for mankind. The only answers may lie in Vashtra, home of Lady Ava’s descendents who still carry the powerful blood of the Mystical Oksa-Shahar.  These answers must be found before war descends fully upon the realm.  Worst of all, how do you fight against an enemy who can take on human form anytime, anywhere?