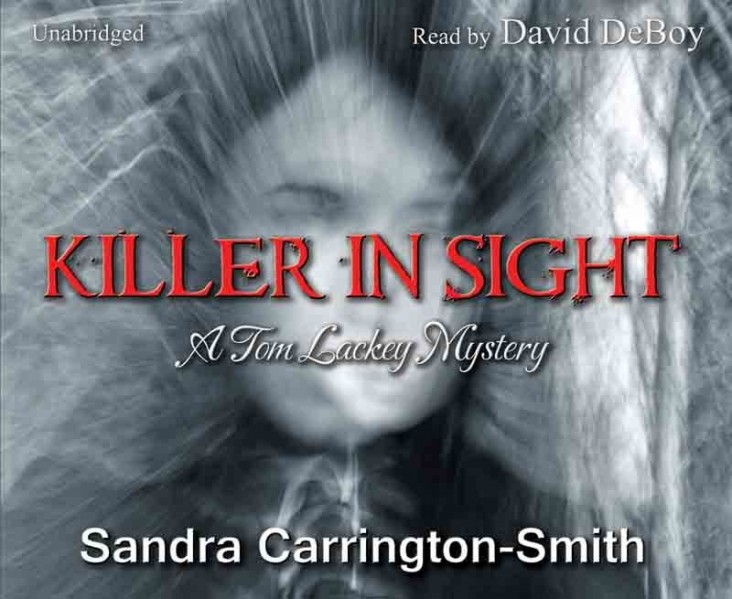 Killer in Sight - A Tom Lackey Mystery.  By Sandra Carrington-Smith. Read by David DeBoy, with music by Kevin MacLeod.

When a young woman is found murdered in a public park, it is up to RPD detective Lieutenant Tom Lackey to locate her killer. With the help of his longtime girlfriend and professional photographer, Kathy Spencer, Lackey unravels a mystery laden with psychosis and unexpected revelations. While Tom is busy following the multiple clues pouring in from different directions, Kathy gets to work to prove her own theory: The last image viewed by the dying person can be lifted from the eyes of the victim to identify the murderer. Using her background in photography and her passion for iridology, Kathy enlists the help of Dr. Greer, a snow-haired medical examiner who allows her to take shots of Tracey Newman’s eyes. Her findings are puzzling, but they are supported by Alexis Howard, the dead girl’s ten-year-old half sister who volunteers information she claims was delivered to her by her imaginary friend Lily. With multiple suspects floating up to the surface and skeletons yanked out of unlikely closets, Tom must rely on his methodical expertise and on Kathy’s insight to find the killer before tragedy strikes again.