Jane Oppenheimer is a professional actress and audiobook narrator and can be heard on numerous Audible books. She holds a Bachelor of Fine Arts in Theater from Carnegie-Mellon University and has worked on stage in New York, Chicago, Los Angeles and at the famed Williamstown Theater Festival. On screen, her work includes independent films, guest-star, co-star and commercial work. She has trained with the best in auidobooks including Scott Brick, Paul Alan Ruben and Pat Fraley. Her voice-over work can be heard on commercials as well as corporate campaigns and theme park rides. Jane lives in Los Angeles and also narrates under the name of Kathryn Clark.​ 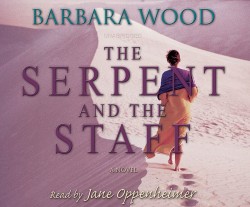