Brian Glover was born and raised in Livonia, Michigan, and has always been an avid reader of the science fiction and fantasy genre. He served in the United States Navy during Desert Storm and Desert Shield. He currently owns his own brokerage in the health food and supplement industry. He and his wife have been very involved in hosting and adoption services and now live in Michigan with their three adopted children, Oksana, Nastyia and Illya as well as one biological child, Larissa. Brian completed his first novel, Shadows of an Ancient Foe, in 2009 and is currently working on the sequel, A New Destiny. 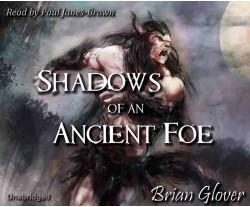