Rich Brennan had always been told that he had one of those 'radio' voices. So perhaps it was inevitable that, in 1987, he graduated from a Radio Announcer Production Program in New York City. Soon after, he began an internship at a large-market radio station in West Babylon, NY, working in the production department. Some time later he began to pick up independent side work. This foray into independent business ultimately led to Rich’s JustMyVoice Production company. He has since produced over four thousand recordings and has more than forty audiobooks to his credit. Rich is a happy dude, now residing in the Las Vegas area. 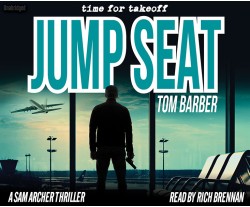