Brian P. Craig is an actor on New Jersey stages and behind the microphone. He has narrated audiobooks on topics such as mergers and acquisitions and the challenges of dealing with China under Xi Jinping, as well a novel about a Jersey policeman struggling with crises on the job and trying to be a good father to his autistic son. His stage credits cover Shakespeare, Neil Simon, David Mamet, Bertolt Brecht, and the title role in Man of La Mancha. A former law librarian, Brian works out of his home studio on the Jersey Shore. 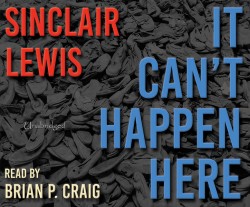