Joe Conlan was born and raised on Long Island, New York, but has lived the great majority of his life in the state of Florida. He obtained his JD degree from the University of Florida in 1983. He practiced law as a trial attorney for fifteen years, three of those as a prosecutor in Fort Lauderdale, Florida. Nameless, his debut novel, reached the number one spot on the Amazon UK Thriller Bestsellers list shortly after its release. In his free time, Joe loves to read, travel and spend time with his family, which includes two gorgeous female Rhodesian Ridgebacks. 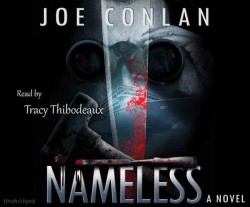