Ben Hauck is an American actor, improviser, host, and voiceover artist. As stand-in for John Oliver over five seasons of HBO's Emmy-winning series Last Week Tonight, Ben has been honored by the Television Academy in 2016, 2017, and 2018 for his contributions to the variety talk series. A dynamic comic and dramatic performer, Ben won the Emerging Artist Award for his trademark "improvised sermons" at the 2013 Unscripted New York Improvised Theatre & Film Festival. Author of the book Long-Form Improv (Allworth Press, 2012), Ben is internationally known as a teacher of long-form improvisation, having taught and directed long-form improv in New York City, Toronto, and London. He is host of The Acting Income Podcast with Ben Hauck, covering practical and controversial topics related to earning an income as an actor. Ben holds a Bachelor of Fine Arts degree in Acting from Otterbein.​​ 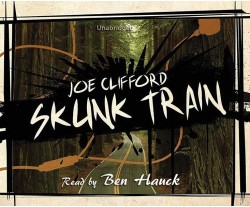