Caz Adams is an actress and voice over artist who has voiced thousands of TV and Radio commercials as well as corporate videos and animated movies. She also teaches acting for the camera at Screenwise (alumni include Chris Hemsworth and Stef Dawson) and voice overs at NIDA (alumni include Cate Blanchett, Mel Gibson and Guy Pearce). Caz also has extensive experience behind the camera as a writer, director, producer and video editor. 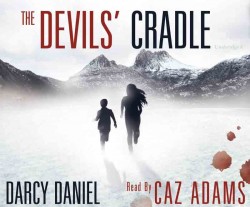