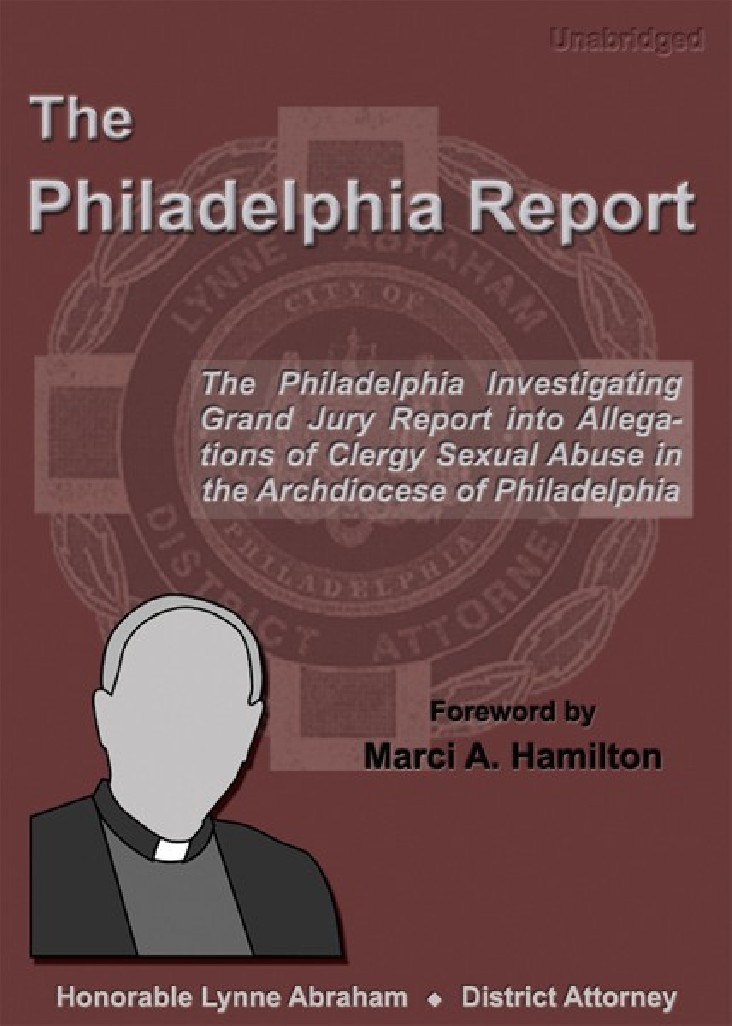 A courageous team of Deputy District Attorneys including Charles Gallagher and William Spade navigated their way through the files and allegations against 62 Philadelphia priests—less than half the number of implicated clergy in the church files.  The audiobook Foreword is provided by Marci A. Hamilton, professor of law at the Benjamin N. Cardozo School of Law, and coauthor of the report.

The audiobook is read by an eclectic and talented consortium of voice professionals motivated by a common commitment to truth, no matter how painful.