David McAlister is an eclectic British television, stage, and radio actor and well-known voice of the BBC. Trained by the BBC Radio Drama Company as a voice actor, David’s ability to create characters and bring scripts to life is second to none. His resume includes many popular BBC radio dramatizations including Lord of the Rings and Cold Comfort Farm. His expansive list of audiobook narration credits includes titles such as The Wreck of the Titan and H.G. Wells’ Ghost Stories. 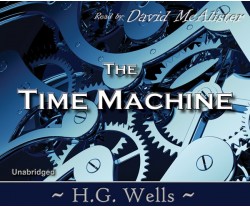